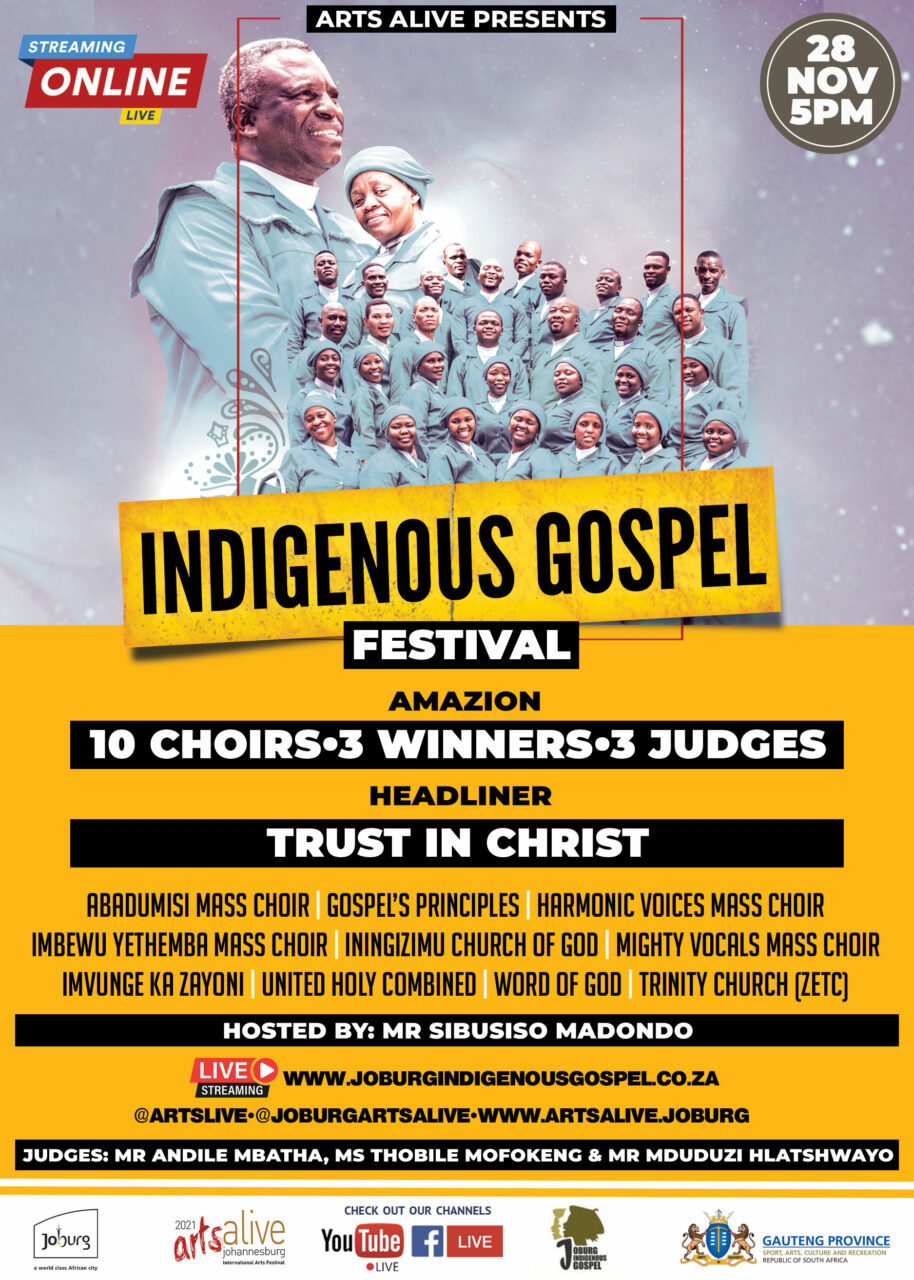 The Indigenous Gospel Festival, by the City of Johannesburg and in partnership with the Gauteng Province Sports, Arts, Culture and Recreation, is a cultural initiative that is aimed at stimulating indigenous gospel music development within the city. The Clap & Tap & Amazion ‘genres’ are some of the key cultural as well as spiritual activities that communities have consistently and relentlessly produced over the years and their involvement in the Arts Alive Festival is one of the city’s way of recognizing their craft and is also part of the broader strategy to promote creative industries in the City of Johannesburg whiles promoting social cohesion. This year the programme will be expanded to include other genres of indigenous gospel such as amaZion.